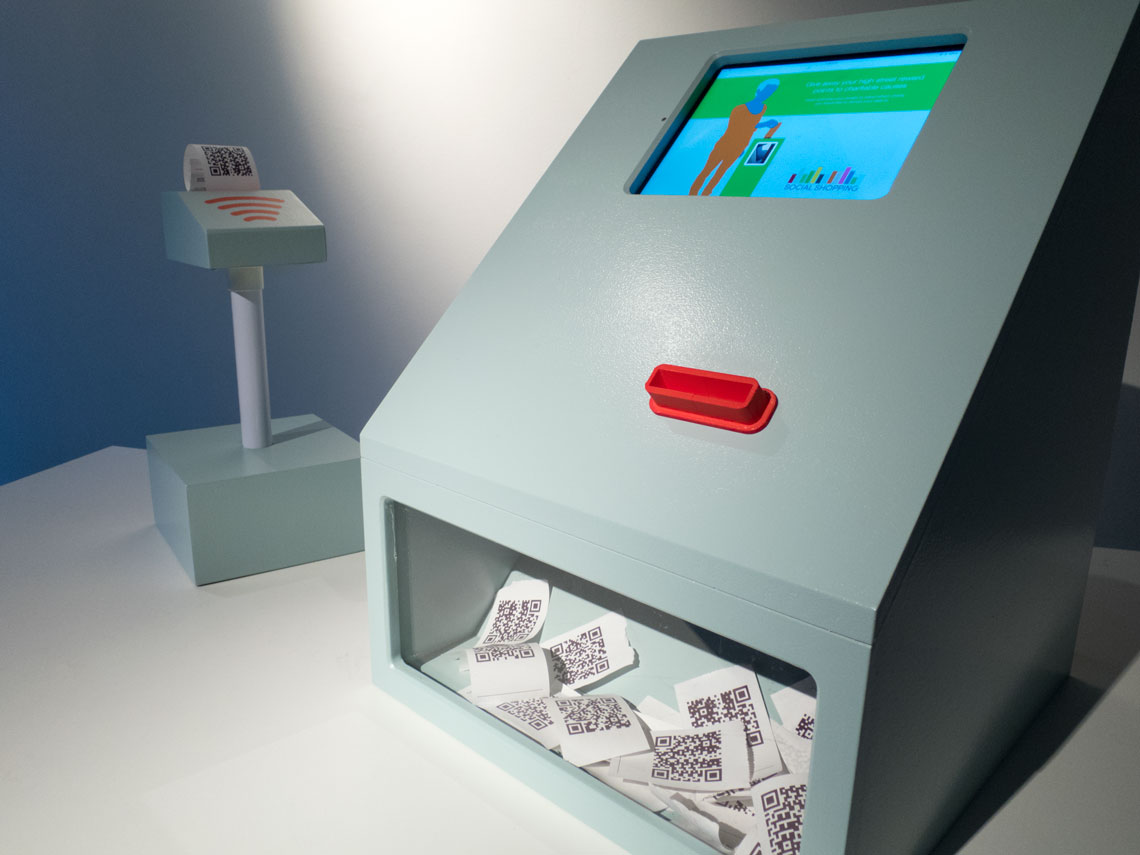 Part of an EPSRC funded project exploring the challenges faced by the High Street and the opportunities offered by Internet technologies.

A QR code is added to the customer's receipt to record their loyalty points, allowing them to donate those points to a charity of their choice. Designed and built an ATM-like device to scan and cut that QR code from the end of the receipt. Built with two Arduino Yúns, an Electric Imp, stepper motors, a load of 3D printing and a cheap pair of hacked scissors.

In cahoots with Mark Selby and Duncan Shingleton - Duncan developed the iPad app and Mark the card scanner and receipt printer. 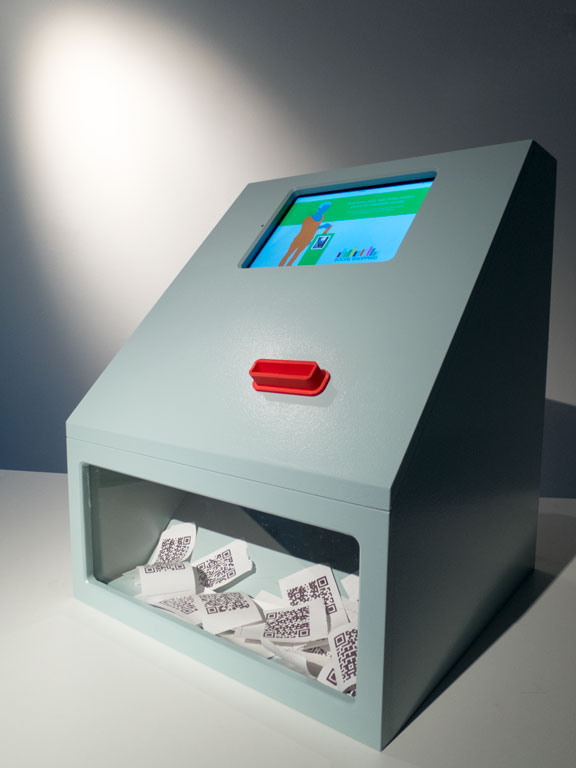 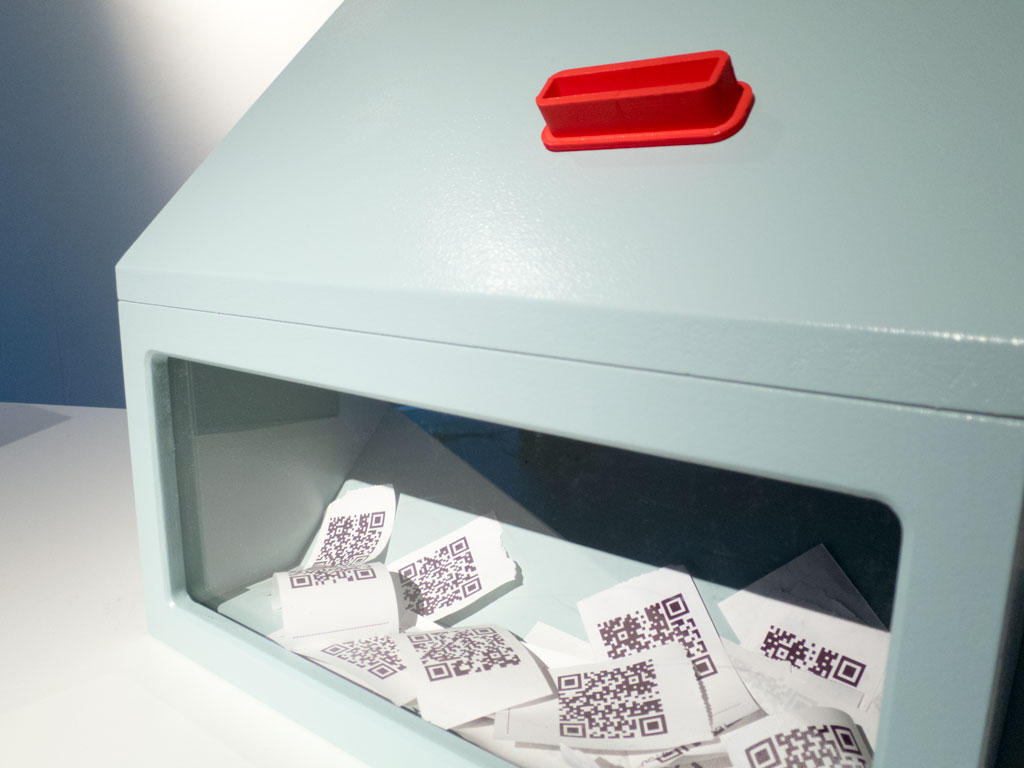 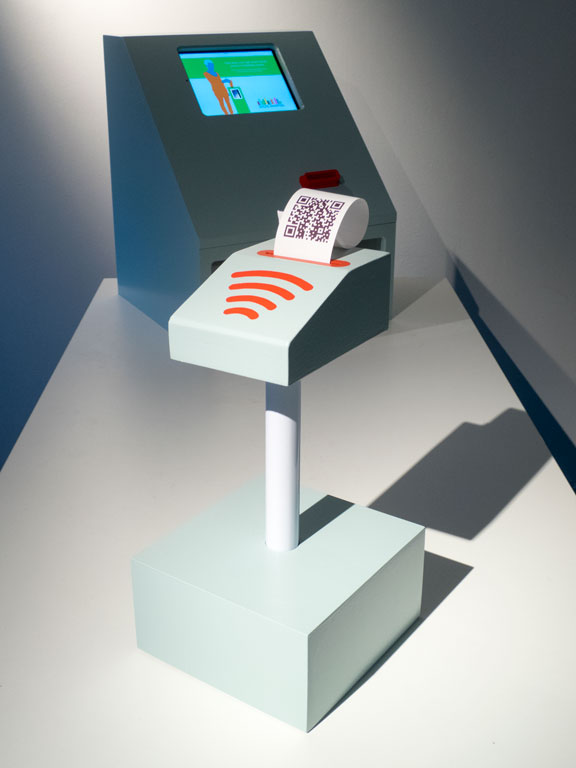 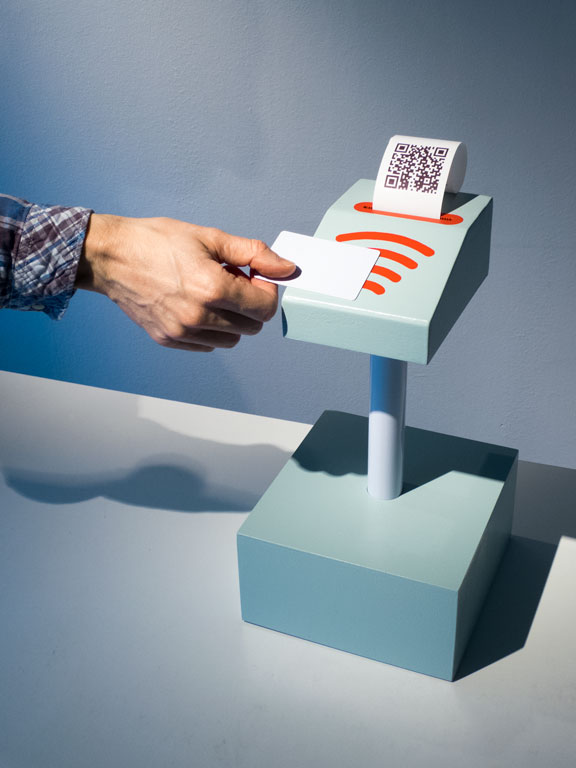 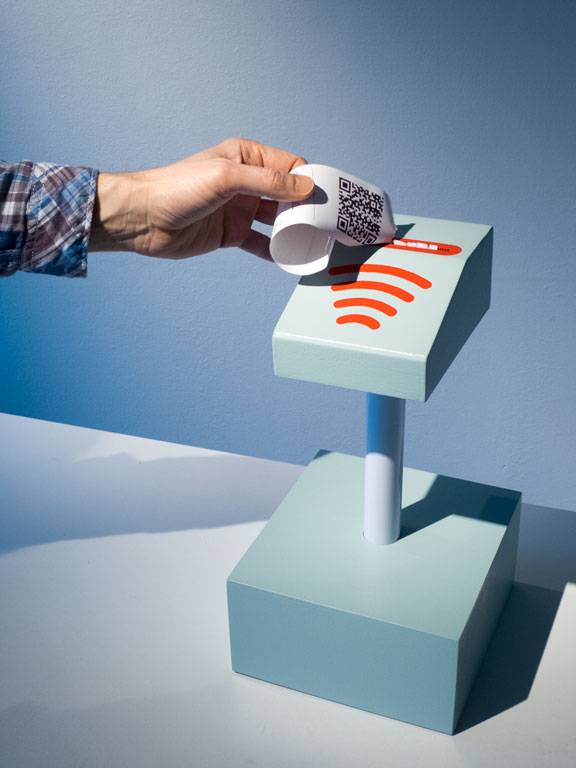